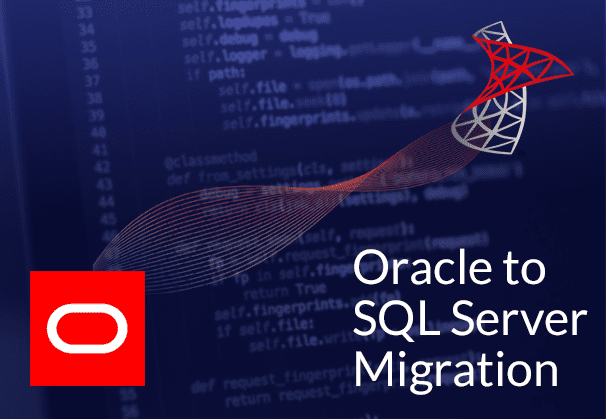 Thinking of migrating your Oracle database to SQL Server? Oracle Database is a great platform but does involve sizeable licensing costs. Organizations find this out the hard way when it comes to upgrading or modernizing their data implementation. Many organizations use Oracle in their IT technology stack and are still using the on-premise database version. However, with data growing exponentially, their data environments are struggling to handle the growing load – this requires more processing power and increased storage, adding to data costs. Migrating Oracle data to the Cloud is an extremely viable option for optimizing costs and performance and migrating Oracle database to SQL Server (Azure cloud or on-premise) is a popular alternative.  Learn about Oracle to Postgres Migration with BryteFlow

SQL Server licenses are a lot more affordable than Oracle’s. SQL Server is also easier to use while you may need a DBA to administer Oracle. SQL Server can help cut down on costs by virtualizing severs, database consolidation, and compression of data. The SQL Server database is also very secure with complex encryption algorithms so sensitive data is kept safe. Learn about Data Integration on SQL Server

SQL Server can be installed easily

SQL Server offer ease of use and can be set up with a Setup Wizard – it does not require command line configuration unlike other database servers. It downloads updates automatically and has a user-friendly GUI with comprehensive instructions.

SQL Server has transparent data compression built in and provides encryption features for superior performance. It also has tools for permission management with user access control to protect sensitive data. 6 reasons to automate your data pipeline

SQL Server database has various security mechanisms and complex encryption algorithms that make security layers impregnable to attack. There are other security features as well that give SQL Server a well-deserved reputation as a highly secure RDMS.

SQL Server has sophisticated features to recover and restore damaged or lost data. It has advanced recovery tools that aid in recovering even the complete database if needed. The Database Engine, SQL’s core component helps in data storage and running queries of users including transactions, files, and indexes. Log records are written to disk before a transaction commit. If there is a failure of the operating system, server hardware or Database Engine instance, the instance uses transaction logs after restart to roll back incomplete transactions to the point of failure. Transaction logs are also used to capture data changes using SQL Server CDC

Cost of Ownership is lower in SQL Server

Overall, it costs less to run and maintain SQL Server. It has a host of features that make it very cost-effective. Data mining, disk partitioning and the various data management tools available optimize storage and maintenance of sensitive data. Licensing costs too are much lower than Oracle.

Migrating Oracle Data to ADLS Gen2 is another economical option

Though Microsoft SQL Server and Oracle are both RDBMS (Relational Database Management System) and use SQL as their language, how they handle it is quite different. These differences and other factors can pose a few challenges in the Oracle to SQL Server migration process. Learn about Oracle CDC

An RDBMS contains only structured data and values are stored in row and column format. Oracle and SQL Server do have some common features and SQL Server tools can handle most of the migration, but some Oracle features can prove a challenge to migrate with SQL. These include: Package Variables, Collections (Nested Tables, Objects VARRAYS), System Packages, Wrapped Source Code, Row-level Triggers and User-defined Types – getting across this data may require more effort. Learn about AWS DMS Limitations for Oracle Replication

There are data type differences and incompatibilities to consider: Numeric and date/time values are stored differently in terms of scale and precision. Oracle and SQL Server interpret SQL ANSI standards differently which may fetch dissimilar results.
The time taken for the migration and its complexity would depend on the Oracle features used in the database and coding, overall database size and design of the integration layer and connection level with Oracle. Learn about Oracle to Oracle Replication

You will need to review the Object-Relational Mapping (ORM) used. The same ORM version could support different feature sets on Oracle and SQL Server. It would be advisable to test the migration process by migrating a small set of tables first and review the result, to know whether ORM changes would require more effort or possibly upgrades. About ERP Migration to Cloud

You need to examine what is the best migration approach for you – migrate your data in one go (the Big Bang migration) or in incremental phases (Trickle Migration). Each approach has its pros and cons. For e.g. in Big Bang migration there may be a period where users cannot use the old data and before the new implementation goes live. Transactions occurring after the final backup will not be available on the new system. Also, most organizations cannot afford to have a full shutdown of data. A pro about Big Bang migration is that it is simpler to implement with less training needed and no parallel systems to consider. The cons are that there may be unexpected issues that are discovered after the migration and it could prove a costly failure. One way around this is to have multiple test runs in advance of the big day. Bulk Loading of Cloud Data Warehouses

In a Trickle migration or phased migration, the first phase involves migrating data that does not change at all. In the second phase you migrate data that changes, with jobs run at specified intervals to capture the deltas in the data that happened after the last run. The pros in this approach are that there is zero downtime and less chance of expensive failures. Since data is loaded in phases, it’s only the failed phase that will need to be repeated not the entire process. You also get to do complete testing on SQL Server before cutover. GoldenGate CDC and an easier alternative

The cons are that a Trickle migration may prove more costly since you need to maintain multiple live environments and two systems must be kept running – for technical users and business users. Syncing data may prove challenging too. You will need to remember that the phased migration approach is only possible if the Oracle database has a schema so deltas can be identified. This implies the need for audit columns to mark rows that are updated. Oracle Replication step by step

Indexes speed up querying by acting as pointers to data for fast retrieval and as such, are objects in the database that you will have to migrate. However, the way data is stored in Oracle and SQL Server is very different and you will need to inspect the table layouts and relationships, with special emphasis on the business requirements and use cases of the data to formulate a suitable indexing plan.

The conversion scope needs to be defined for the conversion to proceed smoothly. Review all the source Oracle schemas, then migrate each schema into a separate database or convert into a single database with different schemas as appropriate to your requirements.

Before you initiate the Oracle to SQL Server migration, you must give some thought to the SQL Server license you need. You may think that the SQL Server Standard edition might be enough for your needs. However, the Enterprise Edition has some important features you may need down the line and which can affect the performance, security, manageability of your data.

You should be familiar with the database workload before your Oracle to SQL Server migration. Review the peak load frequency and performance metrics. After the migration evaluate the new platform and technology by tracking pressure on the CPU, IO operations, Memory and Network Traffic.  Then you can learn whether the sizing of technology resources has been done right or whether you need to further adjust this.

It is vitally important that a QA team that is conversant with your organizational requirements should review the Oracle to SQL code conversions. It should validate that the data is delivered in the sequence and format the organization is used to.

Oracle to SQL Server Migration Tools – which ones to use?

SQL Server Migration Assistant for Oracle or SSMA is a free, supported tool from Microsoft that can be used in database migration from Oracle to SQL Server. SSMA automates migration assessment analysis, schema migration, SQL statement conversion, data migration and migration testing. It works as an assessment tool since the output can be regarded as the initial version of SQL schema. Though it provides data migration operations, it does not fully support parallel operations. About SSMA

If you need on-premise migration with multiple parallel threads, then ADF or Azure Data Factory is for you. This is especially helpful if the SQL database is hosted on Azure but it can also work in an on premise installation. About ADF

SQL Server Integration Services (SSIS) is Microsoft’s ETL and data integration tool. Commonly used in data warehousing situations, SSIS is quite fast and can be used to move data from source to destination and for data integration. SSIS is used in the Import/Export Wizard and the Maintenance Plans of SQL Server. About SSIS

An Oracle to SQL Server migration tool that is completely automated: BryteFlow
BryteFlow as an Oracle to SQL Server migration tool takes very little time to implement as compared to the tools discussed above. BryteFlow Ingest and XL Ingest can replicate or migrate Oracle data to SQL Server automatically in real-time. BryteFlow Ingest provides low latency, log-based CDC replication with minimal impact on source and is optimized for SQL Server. There is absolutely no coding for any process- Oracle data replication, data merges, SCD Type2 history, and DDL (Data Definition Language) are completely automated. You also get seamless, automated data reconciliation that alerts you if data is incomplete or missing. Also, BryteFlow Ingest is very easy to use with an elegant point and click interface. How BryteFlow Data Replication Software Works

If you have terabytes of data to migrate, then BryteFlow can deliver a one-two punch to your bulk data loading. BryteFlow XL Ingest can be used for the initial full load followed by incremental loading of deltas with BryteFlow Ingest. BryteFlow supports bulk data ingestion easily with parallel loading and automated partitioning mechanisms for high speed. BryteFlow provides replication support for all Oracle versions, including Oracle 12c, 19c, 21c and future releases for the long term. Oracle CDC to Kafka Methods

BryteFlow replication speed is legendary – it is at least 6x faster than GoldenGate and faster than HVR and Qlik Replicate*. A million rows in 30 seconds is par for the course. This Oracle to SQL Server migration tool is fast to set up and you can expect to get delivery of data within just 2 weeks. Try BryteFlow free

*Results based on a trial conducted by a client before signing on. 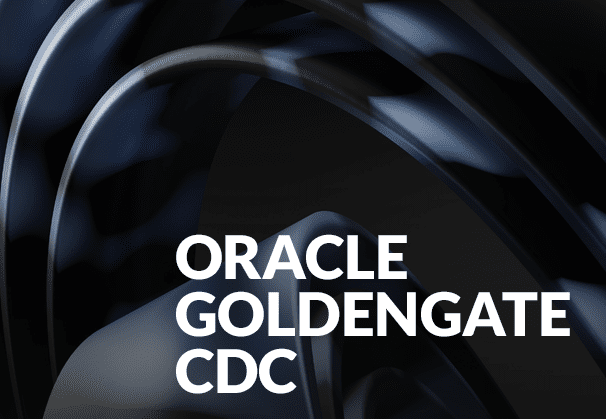 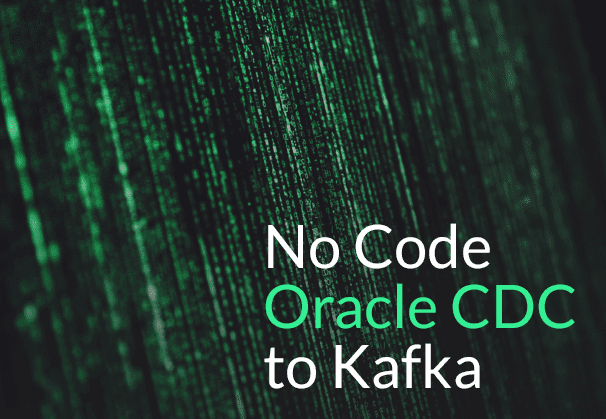 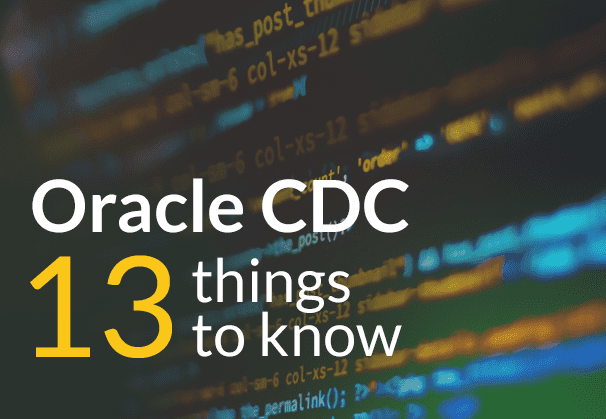 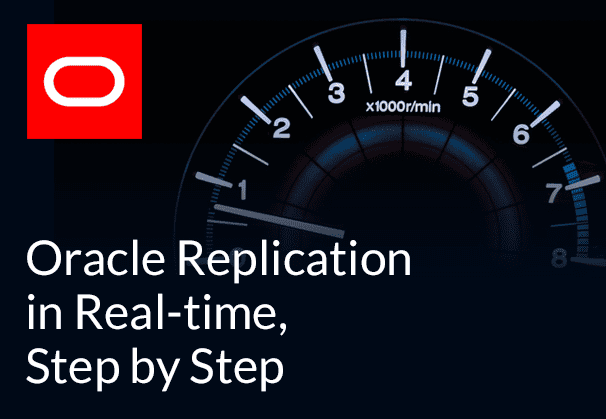