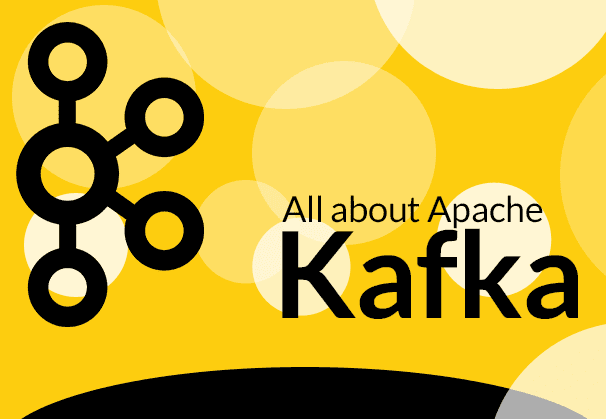 What is Kafka, how Kafka works, Kafka use cases, concepts and how to install it. This blog takes you through all the basic nuts and bolts of Apache Kafka.

What is Apache Kafka?

Apache Kafka is an open-source platform that ingests and processes streaming data in real-time. Streaming data is generated every second simultaneously by tens of thousands of data sources. This constant stream of records can be processed by a streaming platform like Kafka both sequentially and incrementally. Apache Kafka uses a Publish and Subscribe model to read and write streams of records. Kafka is also described as a distributed messaging software and as with other message queues, Kafka reads and writes messages asynchronously. However, unlike other messaging systems, Kafka has built-in partitioning, replication, higher throughput and is more fault-tolerant which make it ideal for high volume message processing.  Kafka CDC and Oracle to Kafka CDC Methods

What is Kafka used for?

Kafka Use Cases are many and found across industries like Financial Services, Manufacturing, Retailing, Gaming, Transportation & Logistics, Telecom, Pharma, Life Sciences, Healthcare, Automotive, Insurance and more. In fact, Kafka is used wherever there is high-volume streaming data to be ingested and used for insights. Kafka use cases include data integration, event streaming, data processing, developing business applications and microservices. Kafka can be used in Cloud, Multi-cloud, Hybrid deployments. 6 reasons to automate your data pipeline

How does Kafka Work?

Kafka is known as an event streaming platform since you can:

Kafka is highly elastic, extremely scalable, secure and has a data distributed publish-subscribe messaging system. This distributed system has servers and clients that work through a TCP Network Protocol. This TCP (Transmission Control Protocol) helps in transmitting packets of data from source to destination, between processes, applications, and servers. The protocol establishes connection before the communication happens between the two computing systems in the network. Kafka can be deployed on virtual machines, bare-metal hardware, on-premise containers and in cloud environments. Kafka Integration with BryteFlow

Kafka Producers are basically client applications that publish or write events to Kafka while Kafka Consumers are those systems that subscribe to or read and process those events. Kafka Producers and Kafka Consumers are completely decoupled and there are no dependencies between them. This is one of the reasons Apache Kafka is so highly scalable. The capability to process events exactly-once is one of the guarantees that comes with Kafka.

A Kafka Topic is essentially a category to help in organizing and managing messages. A Kafka Topic will have a unique name within the Kafka cluster. Messages are sent to and read from individual Topics. The Kafka Producers writes data to a Topic and the Kafka Consumer reads the data from a Topic. A Kafka Topic can have zero to multiple subscribers. Every Kafka Topic is partitioned and replicated across different Kafka Brokers (Kafka servers or nodes in a Kafka Cluster). This distributed placement enables client applications to read and write data to and from multiple brokers simultaneously. When a new event is written to a Kafka Topic, it is attached to a Topic partition. Events that involve the same event key such as a specific customer id or payment id will be written to the same partition always, and the Consumer of that topic -partition will always get to read the events in the same sequence as they were written. Partitions are integral to Kafka’s functioning since they enable topic parallelization and high message throughput.

Records are essentially information about events that are stored on the Topic as a record. Applications can connect and transfer a record into the Topic. Data is durable and can be stored in a topic for a long time till the specified retention period is over. Records can consist of various types of information – it could be information about an event on a website like a purchase transaction, feedback on social media or some readings from a sensor-driven device. It could be an event that flags off another event. These records on a topic can be processed and reprocessed by applications that are connected to the Kafka system. Records can essentially be described as byte arrays that are capable of storing objects in any format. An individual record will have 2 mandatory attributes -the Key and the Value and 2 optional attributes -the Timestamp and the Header.

Apache Zookeeper is a software that monitors and maintains order within a Kafka system and behaves as a centralized, distributed coordination service for the Kafka Cluster. It maintains data about configuration and naming and is responsible for synchronization within all the distributed systems. Apache Zookeeper tracks Kafka cluster node statuses, Kafka messages, partitions, and topics among other things. Apache Zookeeper enables multiple clients to do reads and writes concurrently, to issue updates and act as a shared registry within the system. Apache ZooKeeper is integral to the development of distributed applications. It is used by Apache Hadoop, HBase and other platforms for functions like co-ordination of nodes, configuration management, leader election etc.

Apache Zookeeper co-ordinates the Kafka Cluster. Kafka needs Zookeeper to be installed before it can be used in production. This is essential even if the system consists of a single broker, topic, and partition. Basically, Zookeeper has five use cases – electing a controller, cluster membership, configuration of topics, access control lists (ACLs) and monitoring quotas. These are some Apache Zookeeper Use Cases:

Apache Zookeeper functions as a registry and keeps a note of all the active brokers on a Kafka cluster.

The ACLs or Access Control Lists for all topics are also kept by the Zookeeper software. Details like read/write permissions for every topic, list of Consumer groups, group members and the latest offset individual consumer groups have got from the partition are all available.

Apache Zookeeper can access the amount of data each client has permission to read or write.

Installation of Apache Kafka on a Windows OS

Prerequisites: Need to have Java installed before installing Kafka.

The following files will need to be downloaded for Kafka Installation:

A Kafka Source Connector aggregates data from source systems like databases, streams, or message brokers. A source connector can also collect metrics from application servers into Kafka topics for stream processing in near real-time.

A Kafka Sink Connector exports data from Kafka topics into other systems. These could be popular databases like Oracle, SQL Server, SAP, or indexes such as Elasticsearch, batch systems like Hadoop, cloud platforms like Snowflake, Amazon S3, Redshift, Azure Synapse and ADLS Gen2 etc.

BryteFlow as a Kafka Connector

BryteFlow can replicate data to Kafka automatically using log-based CDC (Change Data Capture) with very low latency and minimal impact on source. It can serve as both – a Source Connector and Sink Connector getting data into Kafka and delivering data from Kafka to external systems. BryteFlow Ingest is optimized for Kafka replication and is 6x faster than GoldenGate, delivering ready-to-use data at approx. a million rows in 30 seconds. See how BryteFlow Works

Using Kafka usually involves a lot of coding and development resources. With BryteFlow however, a Cloud-native replication tool, you can ingest data to Kafka from multiple sources like SAP, Oracle, SQL Server, Postgres, MySQL and IOT devices and Web applications. BryteFlow can also extract SAP data at application level with business logic intact. All this through a user-friendly graphical interface and without any coding. Get a Free Trial of BryteFlow

Setting up BryteFlow for Kafka

The screenshot is of BryteFlow Ingest and these are the options you need to select to set up a connection to Kafka.

Kafka Topic: Can be given direct Topic name or %s%t (Schema and table prefix) 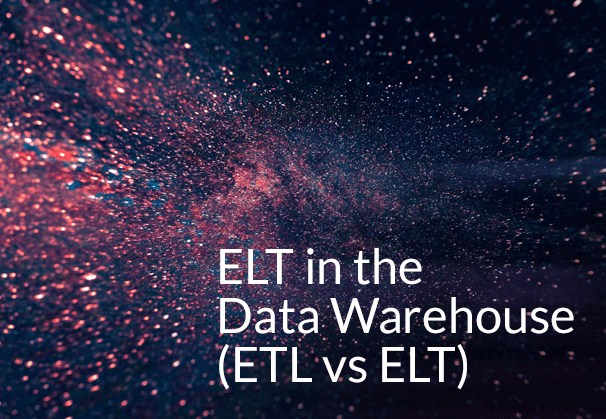 ELT in Data Warehouse (ETL and ELT: Points to Compare) 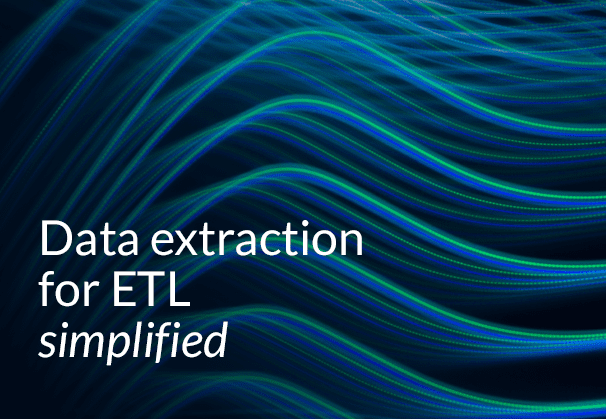 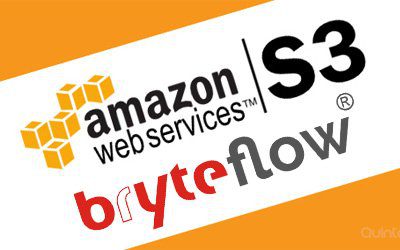 Why Hadoop Data Lakes are not the modern architect’s choice 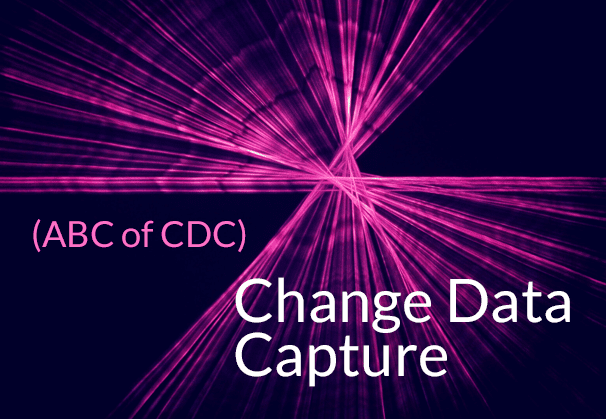 Change Data Capture and How to Make CDC Automation Easy